The Best and Worst Drinks for Your Kids’ Teeth Ranked

You may know Dr. Jeff as your favorite El Dorado Hills orthodontist, however, to gain the title of certified specialist in orthodontics, he had to graduate from dental school first. This means that in addition to having the know-how to straighten teeth and align bites, he’s well versed in all aspects of oral health. To say he’s a proponent of healthy teeth and gums is an understatement. Since braces can make it a little more challenging to keep teeth squeaky clean, he’s all about minimizing the chances of tooth decay among his patients at Jeffrey Kwong Orthodontics. One way to do this is with a healthy diet. Yet, while many parents worry a lot about avoiding candy and other sweets, the beverages children drink can also help or harm their pearly whites. With food, at least you can see the debris left behind allowing for effective brushing and flossing, but liquids can be sneakier. That’s why we’ve put together a primer on drinks and teeth ranking them from the best drinks for kids’ teeth to the worst drinks for kids’ teeth with a few for the grownups to consider too.

Before we actually get into the list of harmful and healthy drinks for your teeth, first let’s break down the interaction between your oral environment and the food and beverages you ingest. Our mouths are full of living bacteria and certain kinds of bad bacteria that reside in there feed on the carbohydrate particles left behind from what we eat and drink. Refined sugars are certainly a preferred meal for bacteria but so are all starches, which are present in most foods, including cereal, bread, juice and even whole grains and fruits. When the bacteria digest their delicious carb snacks, they release acids that mix with your spit and food particles and form plaque, a sticky bacteria film. Plaque keeps on accumulating every time you eat and drink unless you brush and floss it away regularly. FYI: “plaque” is one of Dr. Jeff’s least favorite words because it’s just a vague sugar-coated term (see what he did there?).  Let’s call it what it is: germs, bugs and debris.

Eventually, if our toothbrush and dental floss don’t kick plaque to the curb, the acids erode the tooth’s hard, outer, protective layer, known as enamel, creating holes on the surface of the tooth. Over time, the bacteria and acids start to burrow into the second, softer layer of the tooth, called dentin. If untreated, they can even make it into the tooth’s pulp, which is the inner layer of blood vessels and nerves. You may not feel a small cavity but deep cavities close to the nerve can really hurt.

Thankfully, the minerals in our spit, such as calcium and phosphate ions, as well as the fluoride found in things like toothpaste, mouthwash and tap water work together to kick off the remineralization process. Minerals that were lost from the acid attack are deposited back into the teeth. While brushing and flossing daily and going to the dentist for checkups and professional cleanings play an essential role in preventing tooth decay and stopping plaque in its tracks, your diet is important too. Very acidic foods and drinks can wear away the enamel leaving it even more vulnerable to plaque and sugar give the bacteria something to feed on starting the process of demineralization. Opting for fresh vegetables and fruit, complex carbohydrates, lean proteins, low-fat dairy and healthy fats will give you the nutrients you need for both good oral and overall health. Of course, even foods like vegetables contain starches, and fruits and dairy have naturally-occurring sugars and acids, so no matter what you eat or drink, you need to make sure you’re practicing excellent oral hygiene. This way you’re getting all of the benefits and not creating a happy home for plaque.

It’s not only what you eat and drink that leads to cavities, it’s also how you eat and drink. The demineralization and remineralization process is a tug of war that occurs constantly. When you have a sandwich or glass of juice, the acids from the bacteria linger for a half hour or so and you start the clock over again with each new bite or sip. Therefore, slowly munching on food filled with sugar or starches, snacking all day or leisurely sipping on that soda exposes your teeth to the sugars for longer, giving the bacteria more to feed on. The more frequently you have sugars, the more likely you’re going to have cavities. Your saliva and fluoride can only win the battle for so long. If you’re constantly bathing your teeth in sugar, you will get cavities. The moral is, if you do indulge in a can of soda, which we hope is only every once in a long while, drink it quickly and then brush your teeth or at least rinse your mouth out afterward. There’s some debate about whether or not drinking through a straw will expose your teeth to less of the sugary liquid and while it’s up in the air, it probably couldn’t hurt to use one. At least then the soda isn’t getting swished around, touching every inch of your teeth. Anyway, now that your dentistry lesson is complete, on to the drinks!

Drinks that Are Good for Your Teeth

Drinks that Are Bad For Your Teeth

Being aware of the sugar content and acidity in drinks will go a long way in preventing cavities and gum disease. If you or your child are wearing braces, limiting sugary beverages is even more important since it’s easy for plaque to build up between brackets and wires and decay can set treatment back. Build healthy hydration habits by making water your drink of choice and rounding things out with milk and unsweetened green tea. Remember, we need your help with a good diet and amazing  hygiene to make your smile more beautiful than it already is, so if you have any questions, just ask us, we’re always here to help. 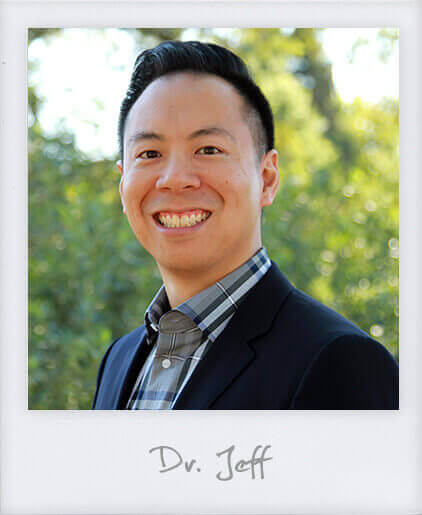 Dr. Jeffrey Kwong, fondly known as Dr. Jeff, earned his dental degree at Case Western Reserve University in Ohio. He then stayed on to complete his orthodontic specialty training where he received the clinical award at his graduation. He relies on his extensive experience and education to offer attentive, personalized care and outstanding results. Read more about Dr. Jeff.